In this occasion, we will give you suggestions for your trip to Costa Rica, and we also tell you a bit about us “ticos” (as they call us in Latin America).

The word “tico” (masculine) “tica” (feminine), identifies us as Costa Ricans, according to a tell, we received th 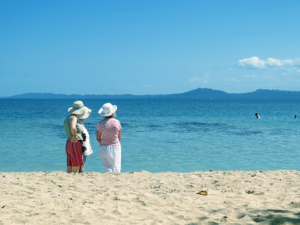 is nickname when other countries heard us talking, because we use a lot of “tico” at the end of words. Examples: poquitico, chiquitico, pequeńitico.

In Costa Rica live people of different races and nationalities, the majority of the population is descended from the Spanish directly or indirectly. There are about 22 indigenous reserves, and the majority are in the south of the country and in the Atlantic.

The national currency is the Colón (Colones plural) in honor of Christopher Columbus. To see the exchange rate against the dollar, visit the website of the Central Bank of Costa Rica, click here or copy and paste: http://www.bccr.fi.cr

The typical dish is Gallo Pinto, (rice mixed with beans and spices), is ordered during breakfast or dinner, accompanied by eggs, meat, chicken, etc. During lunch and dinner, you should ask for a Casado (white rice, beans, salad, fried ripe bananas and a type of meat, which can be: chicken, beef, pork or fish and natural fruit soda). The Casado also comes accompanied by Picadillo (some type of vegetable minced in small pieces in sauce) the most popular hash is potato, green banana, chayote, papaya.

Read also: 5 useful Apps for your travel in Costa rica 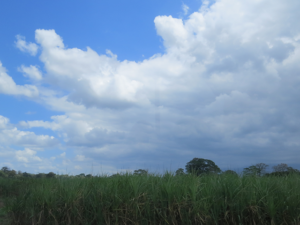 In the afternoon, it is very typical coffee time; coffee is usually served with a good piece of bread and butter, coffee is replaced by many people with Agua Dulce (a sweet from sugar cane, it is recommended because Almost contains no calories).

The population of the country is approximately 5,000,000 inhabitants. Most located in the central valley in the provinces of Alajuela, Cartago, Heredia and San José, the capital cities of these provinces bear the same name, and all are located 30 minutes’ drive from San José.

Costa Rica is an excellent country to visit at any time of the year, many people believe that in the rainy season it rains every day, all day and not so, particular regions of the country are affected by the time of Rains like the Caribbean zone or the south area, in the rest of the country it rains but a while to the day, we are a tropical country, with tropical climate.

The typical phrase of the country is Pura Vida; we use it to imply that our life or what we are doing goes very well. Example: How are you? Answer: Pura Vida

The word Mae, we use it to call or refer to someone, is used only in the masculine. Example: How are you? Answer: Pura Vida Mae. Mae means man or boy. It’s only used in Costa Rica. 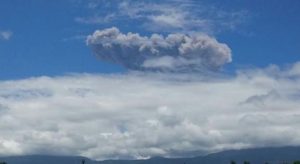 As for the holidays: We love the holidays and weekends, most of the companies stay closed Saturdays and Sundays, in the country, there are different types of activities during the year. The carnivals of Puntarenas are given in February, the feasts of the appearance of the Virgin of the Angels in Carthage on August 2nd, where each year more than one million people walk through different parts of the country to give thanks to The Virgin Mary (Virgin of the Angels patroness of Costa Rica) known as the bold. Mother’s day on August 8th, independence parties on September 15th, in Paso canoas, border with Panama is a huge celebration for 15 days is celebrated the commemoration of the Tico Panamanian Confraternity, whose primary day is the 15 of September, this party is a tradition of both countries to remember their ties of friendship and brotherhood. There are so many people that in some places it’s hard to walk.

So, there you have it, get to know our culture a bit more by coming and visit this beautiful country. (Contact us here so we can help you with your trip)