Several Costa Rica fruits types can be found in Costa Rica; all fruits are grown on its very land, producing tons of bunches for exportation and Costa Rican People. On the following list, I will highlight the Costa Rican fruits and its importance for the Costa Rica community.

Costa Rica a fantastic, glorious tropical country, we have one of the best weather to grow all types of fruits. With great advantages like health, nutrition and, for the most exquisite appetites; deliciousness. 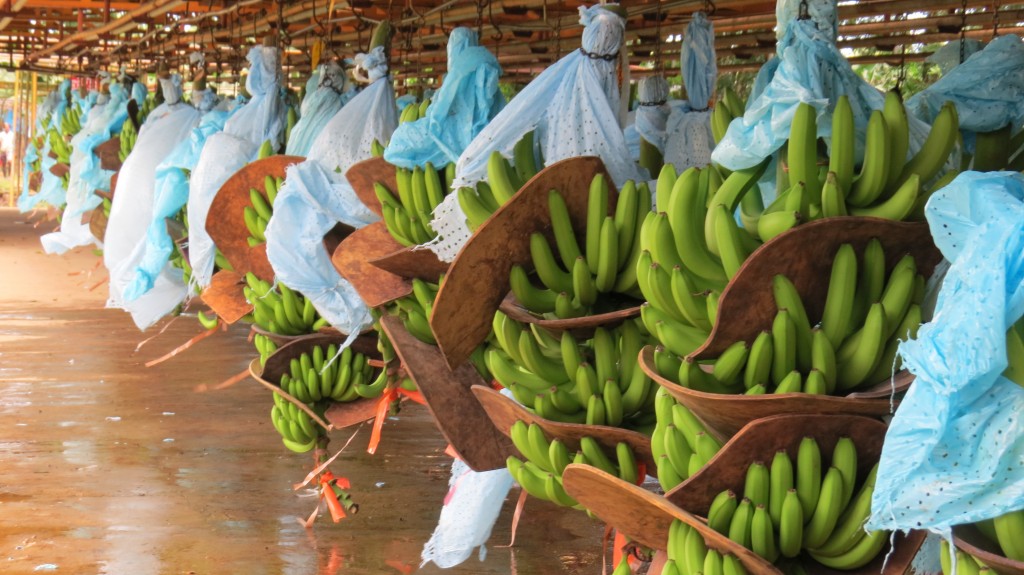 The banana plantation started in 1878 and the Atlantic railway, which worked beautifully as transportation for the banana bunches, created in 1890. A man named Minor C. Keith got ownership of 324000 hectares on land along the railway and formed in 1889 the United Fruit Company. This enterprise extended the banana plantations through the Sinaloa River and in 1911 Costa Rica became the world’s largest producer of the fruit.

Bananas are the biggest flowering plants, and usually mistaken by threes, what you see as a trunk are enormous leaves that go on top of each other to create the plant that we know as the ‘Banana Plant.’ If you are lost in a jungle – let’s hope it never happens –, inside the ‘trunk’ you will find lots and lots of fresh and potable water, it accumulates it inside as a container for dry seasons.

They have several uses, like textiles, being a source of high-quality fiber, soft and resistant. Also, they are used as paper; either handcraft or by industries. They are also eaten all around the country, and they are considering an excellent companion for any food. Numerous ways in that they are eaten; fried, baked, wrapped, fresh, with cereal, smashed, and anyway it can imagine.

Costa Rica is one of the principal fruit exporting countries in the world, is a must for anyone to visit it. They are sold all over the country -without exceptions-. 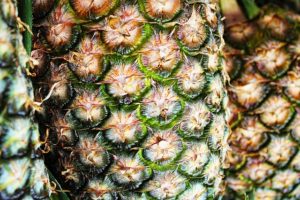 Cristobal Columbus, while conquering parts of America, encountered a pineapple in 1493. He called it ‘Pińa’ and took back to Spain. These fruits were a table center and long preserved. Generally they were not eaten, it was hard to get one, and they were used as a social symbol, they used to say something like ‘Here! The almighty pineapple that I bought just for this location’.

The pineapple is eaten in many ways, like fresh, juiced, grilled, cooked or dry. They help as a companion for other food, as well as desserts or even main dishes in some locations.

They are the healthier food in the whole world, full of vitamin C and low calories, featuring more than 80 nutrients, potential anti-inflammatory, and many digestive benefits.

The coffee bean that we drink is a seed. When dried, roasted and ground, it’s used to brew coffee. If the seed isn’t processed, it can be planted and grow into a coffee tree. 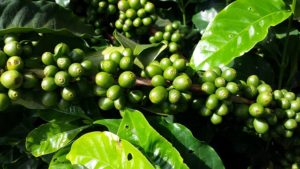 Costa Rica is one of the greatest coffee producers around the world and is of high importance for Costa Rica history. The coffee production in Costa Rica began in 1779 after coffee Arabica plant brought to the Central Valley of Costa Rica, a country that has an ideal soil and great weather.

In 2006 Costa Rica won the third place exporter in the world, at this agriculture sector 25% of the workforce of the country relies on.

Around the world the most common beverage taken in breakfast is coffee, having an amount of 65% of chosen drink during breakfast. It is also second most sold product around the world, just behind the oil. Coffee also impacts music; Ludwig Van Beethoven used to have an obsession with it by always using exactly 60 coffee bean, no more, no less, for every cup prepared. 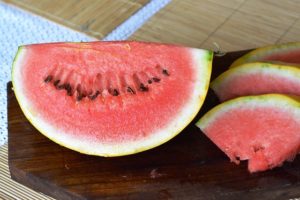 Watermelons are tropical or subtropical plants which make Costa Rica the perfect country to grow them. The fruit has a smooth hard rind, green with dark green stripes, a juicy, sweet interior flesh, usually deep red.

Is good for the heart, consuming it every day keeps blood pressure at vigorous levels, which prevents vascular and cardiac diseases. They also prevent cramps; they contain a fine amount of vitamin B6 and potassium, great for any exercise and general activities. Watermelons absorb protein better and are best to eat some before any workout.

Watermelons are known to be of great use for pregnant women, eating them during pregnancy is exceptional because it contains high levels of vitamin C, preventing respiratory diseases’ life common colds or flu. It also rich in antioxidants and because is mainly composed by water it helps with overweight and hydration.

Mango trees grow up to 115-130 feet (35–40 meters) tall, and they live up to 300. They are also cultivated in a tropical ambiance which makes Costa Rica a great place to grow this fruit. 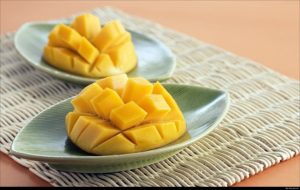 Mango fruits are cultivated fruits around the tropical areas of the world and can come in various shapes, size and color including yellow, orange, red and green. They contain many nutrients; when a mango is green and still growing there is a high vitamin C content, as the fruit ripens and matures the amount of vitamin A increases.

Mango fruit is rich in pre-biotic dietary fiber, sweet, and they are eaten in salads, like desserts, and are highly recommended as a beverage.

Costa Rica is great, the adventures, multiple activities, and beautiful landscapes. In food is delicious with an incredible amount of variety, you can get fruits in all Costa Rica zones, including one of the best coffees around the world and is taken in several ways. Loads of culture and history to be discovered.